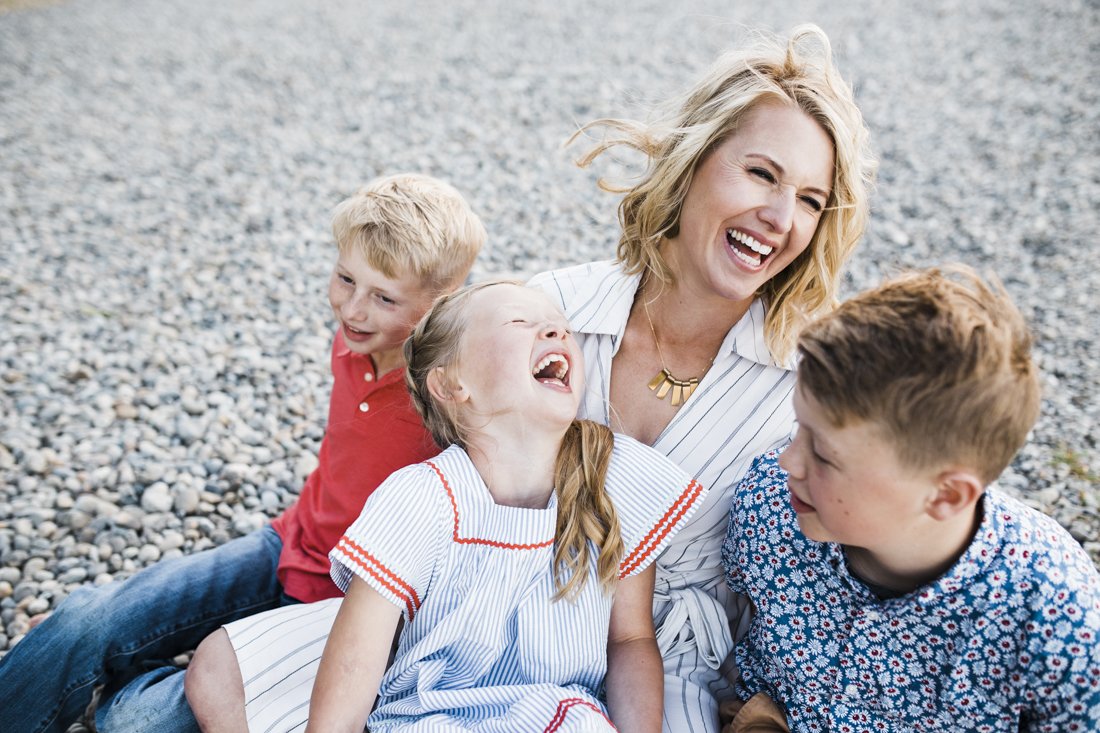 It’s always amazed me how a memory, a fraction of time can stay in your mind forever, transporting  you so clearly to that exact moment. Much like photographer, memories have a way to freeze time. We have thousands of moments and interactions every single day, but sometimes you can pull a memory out and it’s crystal clear, like your mind knew it needed to clear out some junk just so it can hold onto that memory forever.

My first memory of Lisa is my 7th birthday party. I had just started a new school, I was a shy kid, so making friends wasn’t something that came easy. I must have someone befriended Lisa because she came to my birthday party and the only present I distinctly remember was from her: the coolest red bag with black and white stripes down the side. (This girl had oozed style, even back then.) I can picture me holding it, right in front of the brick fireplace in my childhood home. I held onto that bag for years.

Over a decade later, I remember the distinct moment she called me across the world when John proposed. I was sitting on a bus in Poland and luckily had minutes on my pre-paid cell phone (yes, those were the days!) and a half a world away, I can feel her smile through that phone.

The moment distinct moment she called me to tell me she was pregnant with Jackson. Then conversation we had over the phone, while I was sitting in my work parking lot on a lunch break, talking about what she was going to name the boy who would become Bryce. Then day she called just after Heidi was born, I was looking at the patio off the master bedroom at the house in Escondido. She told me she had spoken to John, his battalion was getting things settled as Afghan elections were near and things were tumultuous. But they finally had their beautiful baby girl and all was well.

Weeks later, I remember the exact moment I read on a computer screen that John died. I was sitting on the couch. It was a sunny and warm day in August. I remember seeing the words come across the screen “Praying for the Hallett family, my heart is broken.” Yes, I found out through Facebook, because someone had to post about it, likely before both extended families knew. Before I knew.

The world stopped. I couldn’t compute. It took my breath away. The days following were a blur and I could barely make it through a day without tears.

The next week, the moment that the plane carrying John’s body hit the tarmac at Travis AFB. Lisa, holding Heidi, who was just about a month old, walking up to put her hands on his casket. Let that sink in.

John’s funeral was on a hot day where the sun beat down on all our weary bodies. It was Bryce’s second birthday. Dragonflies danced all around us, taunting us and perhaps haunting us. We all went up to area where John’s casket would be lowered and had a moment of reflection. Nine years later, when I see dragonflies, it brings me back to that day.

I don’t remember Memorial Day’s before 2009. I know we got a 3 day weekend from school, then work. I couldn’t tell you about a single one of them as they came and went, in and out, drawn then erased.

Memorial Day now, it’s for John. It’s for the 41 soldiers in his brigade that also gave their lives during 2009. It’s for the tens of thousands of men and woman who will never spent another day on with with their families and sacrificed everything for our country. Lisa has helped create a living memorial to these men and woman, all in the name of John. Every Memorial Day weekend now, I run or walk miles in honor of John. Some years I make it up to DuPont, Washington to spend time with my favorite family and I’ve also seen how wear blue has evolved and drastically grown. They have taught us all the true meaning of Memorial Day.

While nine years have passed, John is anything but forgotten. His family talks actively about their father, husband, son, brother, best friend. They are on a journey to find solace and comfort in the heartache, hope in the heartbreak, joy in the sorrow.

The day before this past Memorial Day, we gathered down at Tolmie State Park to light wish lanterns for John. Before the lanterns, I wanted to get a few family photos and the kids being typical kids, defied their mom’s direction and which ended in some giggles and smiles becuase those are still an important reminder that life continues, it grows, it thrives. While their lives have continued and they are truly thriving, John is never far from their minds. I’ve come to know for certain that he’s with them every step of the way, likely barefoot because that’s so John. I think that over the years, he’s decided to trail a bit behind them, no longer the leader and rather a follower as he knows that even in their uncertain moments, Lisa is their true navigator.

Next Memorial Day, make it a point to remember. Say their names, learn their stories.

Here is part of John’s story: Let's hang out on the 'Gram!